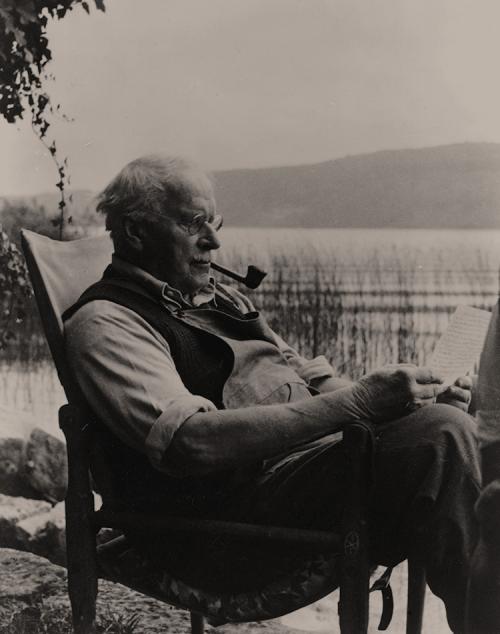 "Healing comes only from what leads the patient beyond himself and beyond his entanglements in the ego." - C.G. Jung ,  Alchemical Studies

"In the long run nobody can dodge his shadow unless he lives in eternal darkness. What the patient encounters in a neurotic dissociation is a strange, unrecognized part of his personality, which seeks to compel his recognition in exactly the same way that any other part of the body, if obstinately denied, would insist on its presence." - C.G. Jung ,  Civilization in Transition

Through his life-long exploration the Swiss psychiatrist C.G. Jung (1875-1961) opened the door to a far more comprehensive understanding of the psyche, its breadth and its profound depth. He discovered that the psyche is not merely personal, but also transpersonal, resting upon a larger collective unconscious belonging to all humankind. This collective unconscious is comprised of basic patterns (archetypes) common to all humanity, patterns which are evidenced in the great myths and symbols of all cultures, both ancient and modern. Mother, father, birth, childhood, friendship, journey, hero, love, sex, marriage, anima, shadow, wise old man/woman, death, and God are just a few of the important themes of the human experience. They form the great motifs of art and literature, religion and ritual.

Life unfolds through stages, but not without discord as outer world experiences and inner world archetypal expectations collide - giving rise to conflict through the inevitable defenses of the ego. Jung scientifically measured these disburbances, naming them complexes. An initial stage of analysis is, thus, helping the analysand come to terms with the complexes, rather than being governed by them. It was Jung's genius to discover that not only did the complexes represent conflict of an earlier or even earliest stage, but that because of their archetypal core they carried within themselves the goal or purpose of some aspect of life yet to be lived in the world. Releasing the ego from this conflict can free tremendous energy which has previously been bound up in defenses. Once available to the ego, this energy can be put to more productive use in the service of life.

Of the archetypes comprising the collective unconscious (what Jung later called the objective psyche), that of the Self is the central governing archetype. Jung held it to be the overall blueprint for our wholeness. To live into the fullness of our being is the work and goal of a lifetime, a process Jung termed individuation. It is accomplished in two essential movements, first separating from previous ego idenfications and ideals that create the tension of opposites (the opposite being all that the ego has rejected or does not yet know), then secondly joining to that hitherto unkown part of ourselves needing to be integrated.